One of the rare opportunities to be seen in Europe:

A Page of Madness - Kurutta Ippeiji is a silent film by Japanese film director Kinugasa Teinosuke, made in 1926. It was lost for fifty years until being rediscovered by Kinugasa in a shed in 1971. The film is the product of an avant garde group of artists in Japan known as the shinkankaku-ha (or School of New Perceptions) who tried to overcome naturalistic representation.

Advances in Japanese cinema, as much as any other nation, are about breaks from conventional styles and means of representation. Every generation has turned out a handful of directors whose work has broken the mould to go far beyond the standards set by their contemporaries. One of the first of these was Teinosuke Kinugasa, who all the way back in the 1920s was busily familiarising himself with developments in European cinema, Soviet theories of associative montage and movements in the artistic avant-garde such as expressionism, impressionism and surrealism, and in collaboration with a handful of young experimental writers of the day, known as the Shinkankaku school, or Neo-Perceptionists (sometimes referred to as the Neo-Sensationalists), became the first director in Japan to realise his ambition of treating cinema as a distinct art form in its own right, divorced from the commercial concerns of the new mass-audience medium.

Based on a treatment by the later 1968 Nobel Prize winning novelist Yasunari Kawabata (1899-1972), writer of such classics of modern Japanese literature as The Izu Dancer and Snow Country, Kinugasa's self-financed landmark production Kurutta Ippeiji, hereafter referred to as A Page of Madness (though some sources refer to it by the titles A Crazy Page, or A Page Out of Order) seems a far cry from the bog-standard theatrically derived Kabuki adaptations and jidai-geki period swashbucklers being produced at the time en masse. The story of a retired sailor who has taken a job as a janitor in a lunatic asylum to look after his insane wife, locked away after attempting to drown their child, a synopsis of the plot can't begin to explain the power of the film, nor the audacity of its vision.

Kataoka Ichiro graduated from the Theatrical Division of the Faculty of the Arts, Nihon University. He began to act as a first year high school student and choreographed two stage performances as a university student.

In February 2002 Ichiro became apprentice to Sawato Midori and made his first appearance that month.

His Repertoire covers a wide variety of genres from period films, contemporary films and foreign films to animation and news films.

benshi:
During silent films, the benshi stood to the side of the movie screen and introduced and related the story to the audience. In theatrical style, benshi often spoke for the characters onscreen and played multiple roles. Stemming from the traditions of Kabuki and Noh theaters, the benshi's narration and general commentary were an important part of the Japanese silent film experience.

Gerhard Gruber is an Austrian composer and piano player. As accompanist for silent movies he has become the leading authority in Austria since 1988.

As a basic principle he appreciates improvisation for his work, which he regards as best way of a direct and always new dialogue between the events on the screen, the music and the audience.
So no performance resembles the others. Gerhard Gruber likes it to be enticed by the films again and again and to pass on these feelings to the audience.

Cit.: ´For me the feeling of being amidst the events of a film story has been undescribable exciting from the first moment and is unchanged until today. This guarantees the liveliness and vibrancy of each performance.
It is always the unity of film, music and audience. And thus each presentation is able to be a special experience.` 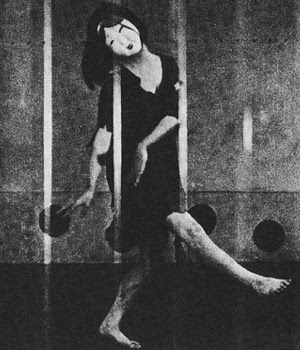 If you are particularly interested in Japanese silent film and you can read German, then worth a mention is Mariann Lewinsky's Eine verrückte Seite. Stummfilm und filmische Avantgarde in Japan. This 440 page book, whose title translates as "A Page of Madness. Silent and Avant-Garde cinema in Japan", was published in Zurich in 1997 and sounds absolutely fascinating. With half the book focusing on the early days of Japanese cinema in general, and the other half more specifically on Teinosuke Kinugasa's oft-neglected experimental classic Kurutta Ippeiji (A Page of Madness, 1926), it is probably worth getting for the stills alone, though (unfortunately) isn't available in English. 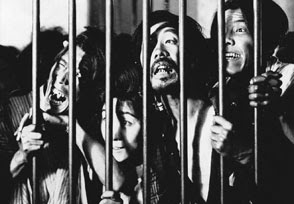 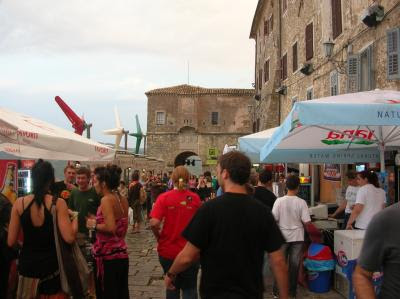 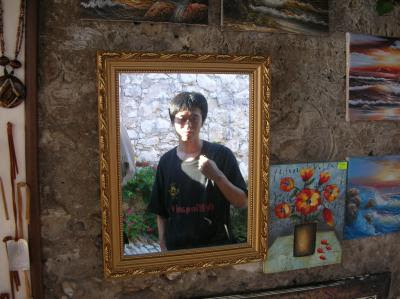 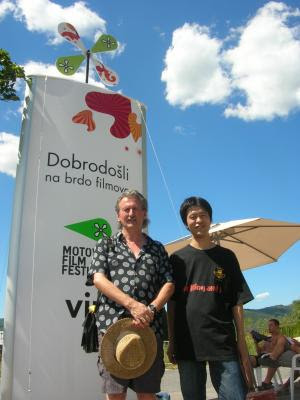 Synopsis: A retired mariner (Masui Inoue) leaves his wife (Yoshie Nakagawa). She drowns their child and then goes mad. The older daughter holds him responsible, so he finds a job in the mental asylum where his wife is committed. Not having trust in the treatment she is getting, he is planning their escape. Both of them are haunted by memories and hallucinations.